My memories of playing for Erdington Rugby club – Philip Cleghorne 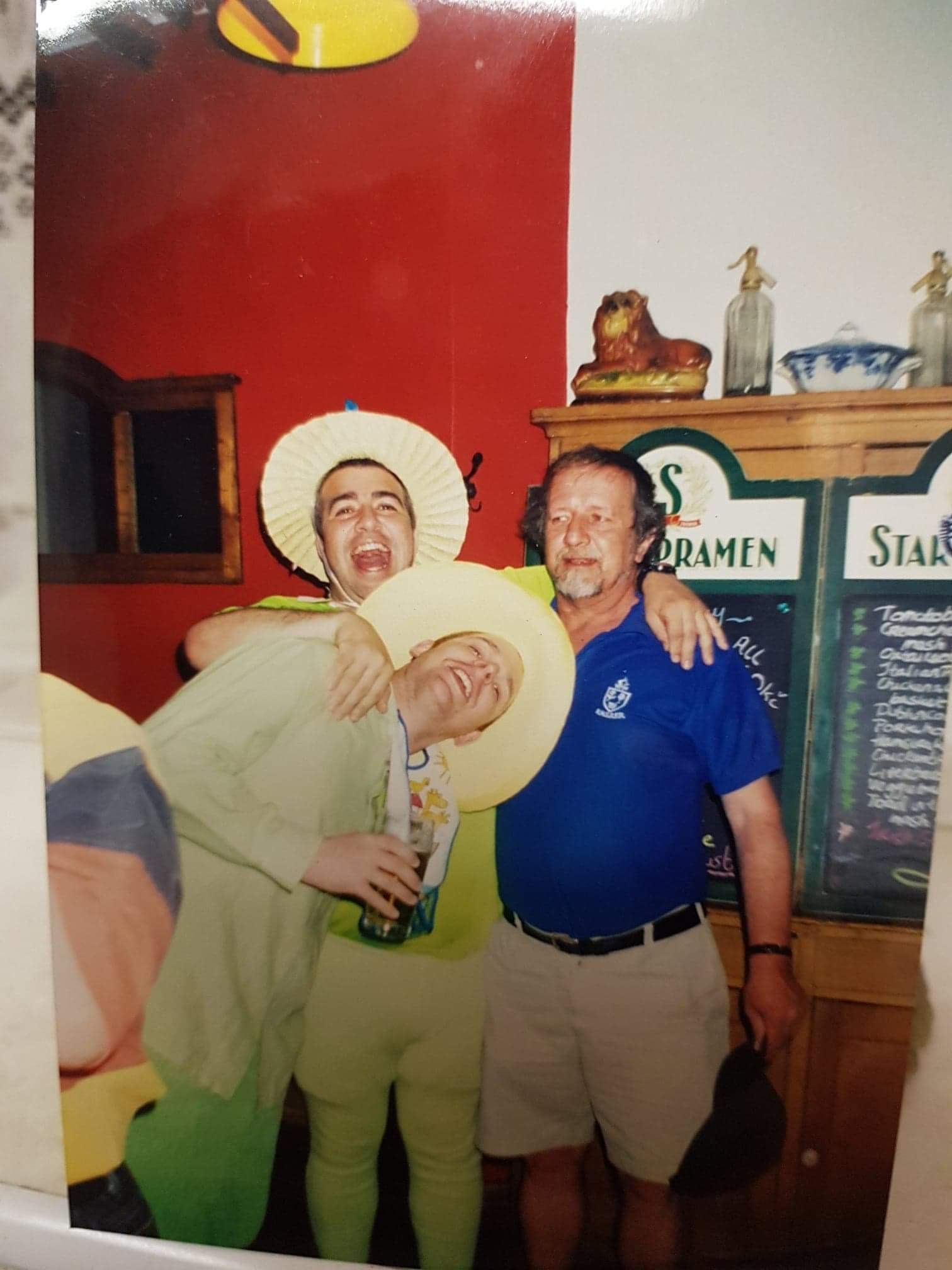 My playing career at Erdington Rugby club started in the Railway pub Curzon St. Nechells in 1994. I was having a few beers with my brother-in-law, John Bennett, at the Railway when the landlord of the pub came over and introduced himself to me. His name was Phil Spencer. I didn’t know that my brother-in-law had mentioned to Phil that I had recently stopped playing for AOEs. Phil asked what position I played, and I told him prop, he then asked me if I would like to play for his club, I said yes and asked him who he played for, he replied ERDINGTON…

My first thought was OMG not the ERDINGTON! At that time Erdington had a reputation as a very hard club and the hairs on the back of my neck stood up. I immediately started having second thoughts, but I didn’t want to look like a coward so I went to the following training session. Within a few minutes of arriving at Erdington the lads started introducing themselves and making me feel very welcome.

And so it began, I had never known a club where players from the 1st team mixed and were mates with players from all the other lower 4 teams. We were like one big family, everyone knew each other. At first, I mainly played for the 3rds run by Phil Walker. Phil was the kind of captain that everyone wanted to play for, he put everything he had into every game. After every game, no matter where we were, we always had drinking games and Phil was an expert at stitching people up. Most of us would end up legless except for Phil. Erdington was full of characters and amazing players, when big Pat Nugent told you to rub deep heat onto his back, you did it without complaining. Lol

Pat was a huge man but a brilliant bloke, when you were in his team you knew you had a good chance of winning. The club was loaded with these types of players, Stuart Carpenter/Paul and Gary Eyles/Ian Ellis/Camel and Larry/Glenn Eiger/Taffy/Andy Trueman/Bernard Tinney/Bloxey/Mal and Francis Payne/Joe Carr/Barney and Barney jnr….. I could continue mentioning names all night long.

The Club tours were unforgettable especially if you were a tour Virgin. As a Virgin you were basically a dog’s body for the tour veterans, you had to do all of their bidding or face the consequences.  Lol

Every home game I would bring my lads down to watch and try to get them involved in playing, they preferred to knock ten bells out of each other in the clubhouse wearing boxing gloves they found lying around.

3 of the proudest moments in my life came from playing at Erdington. My 1st was after playing prop for 10 years I finally managed to score my 1st, but not my last, try.

The 2nd was being voted the most improved player of the year, considering that some of the best players in the club had voted for me it was very overwhelming.

And finally, the 3rd and most important to my Rugby career, was to win my 1st team tie. Other than the birth of my children, this was the proudest moment of my life and something that I will cherish until the day I die.

I forgot to mention another moment at Erdington that made me super proud, it was the moment my son Phil Jnr became Erdington Club captain. I’d always wished that he could play for Erdington, but because they had folded in 2003 it wasn’t likely to happen. So, when Andy Trueman, Steve Morris and Dave Owen became involved in trying to get Erdington back on its feet, it was like a dream come true.

Not only did they manage to get a team up and running but by pure hard work and graft they managed to get our old club ground back. Then began this amazing dream of making Erdington more than what it was before.

Changing lives through Rugby was an amazing idea, which has helped so many youngsters to turn their lives around, it just seems to be going from strength to strength.

And to win the Gallagher Rugby Club of the Season award was outstanding.

I could continue for hours about Erdington but I’ve been told to keep it short. Watching the new batch of Erdington players is wonderful, they have the same attitude and determination as the old batch of players. They have already shown that they have what it takes to take Erdington back to the glory days of old, and I will be there cheering them on every week.

My final words are that the best thing I ever did in my life was to get involved with Erdington Rugby club, and my son Phil Jnr carries on the Cleggy name. 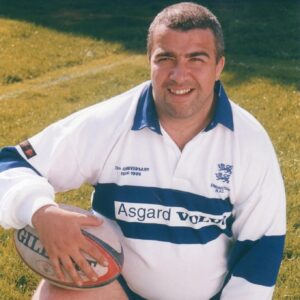 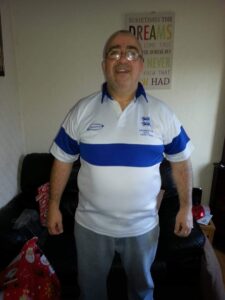