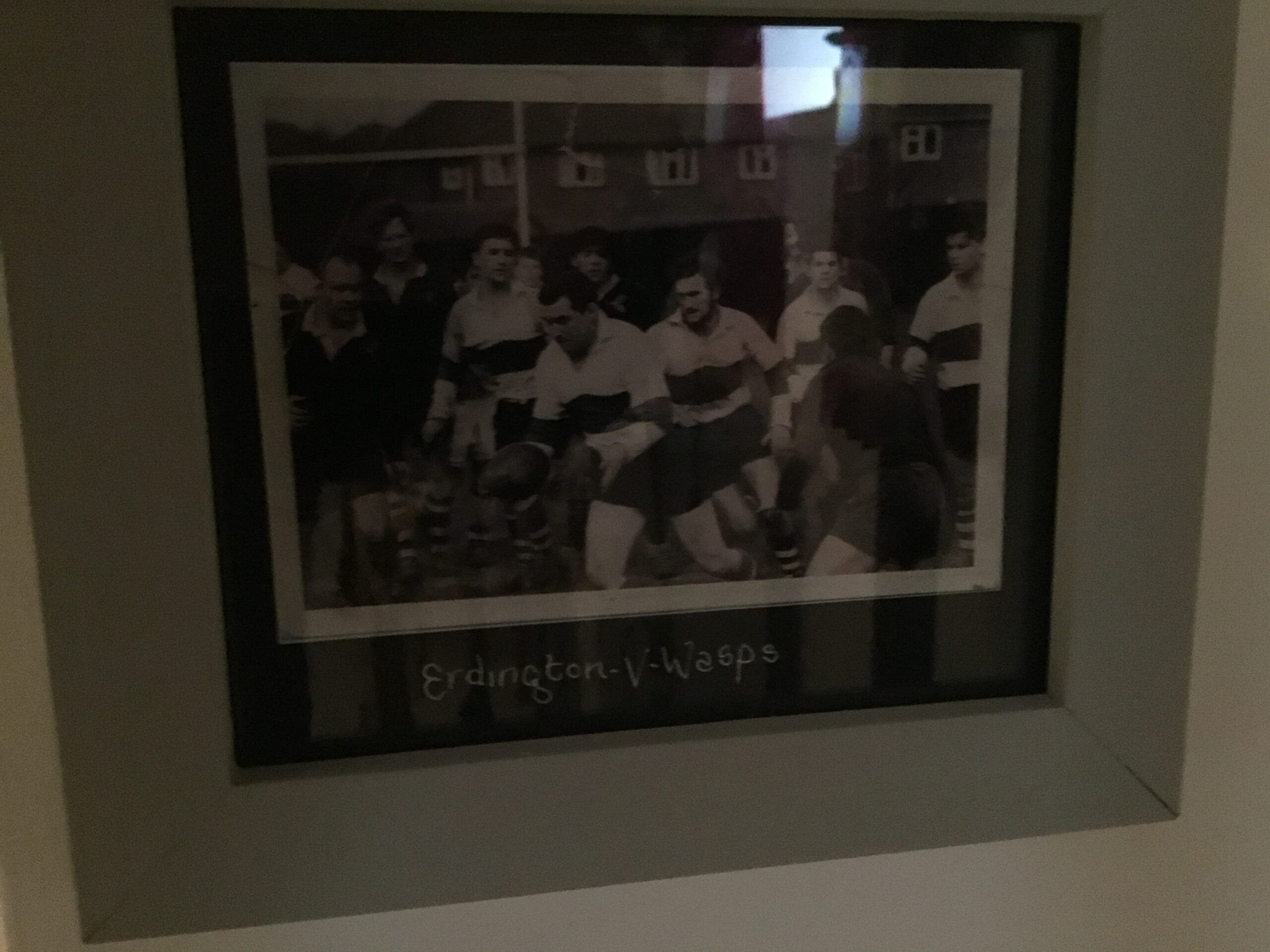 Just photographed a few mementos of previous day’s gone by. I don’t know if the quality is any good. One a picture of my Dad, Bernard Faulkner (playing for Erdington against a touring Wasps side), who sadly passed away this February aged 86. He started playing for Erdington in about 1966, us having moved from Wales. Dad had played rugby for Rhyl and represented a North Wales XV against a South Wales XV featuring several Welsh internationals including Dewi Bebb, Denzel Williams and Alan Paske. Prior to playing for Rhyl, Dad had played A team Rugby League for Salford as a young man when Gus Risman was manager.
On starting at Erdington, Dad played some first team, but at aged mid 30s dropped down and captained the Seconds for several years. His last game was for Erdington 3rd team in January 1977 away at Newport Salop. I ‘cried off’ from a Colts game that day to play in the same team as my Dad, as I knew this would be his last game at the age of 44.
The paper cuttings relate to 2 games when I was playing for the Colts. They make good reading, showing the quality of the teams that we were playing against at the time. Although I stopped playing in about 1980, a lot of the Colt players from my era continued to play senior rugby at Erdington for many years.
As I said in a previous post, Erdington were a feared force in the day. From memory, I remember Sutton Coldfield refused to play us. As a Colt, under the guidance of Tom Rowlands, I cannot ever recall losing. From the Senior teams to the Colts, we played a lot of Club sides, who due to no doubt financial reasons played and some continue to play in the National League. Broad Street, Stourbridge, Bridgenorth, Newport Salop, Dudley Kingswinford, Burton and I believe even Worcester.
They were fantastic years, and let’s hope they will return as I am sure they will.
Congratulations on the award and good luck to all players, past and present and to those sadly no longer with us. 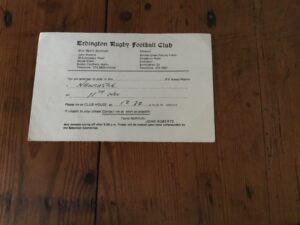 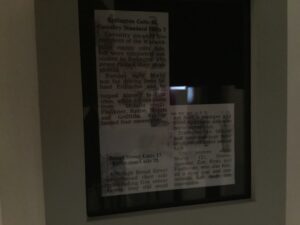 A big thank you to Colin for his story. Did you play alongside Colin, or his father Bernard, and want to add to his stories? Or did you play in a different era and want to let us know what was different (or the same) about the club? Please get in touch with us at info@erfc.uk to share your stories.

Proud to be part of ERFC past, present and future – Andy Truman
January 14, 2021