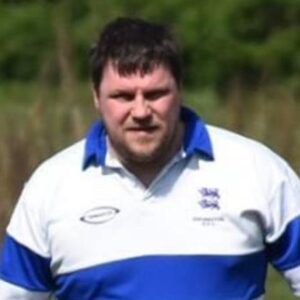 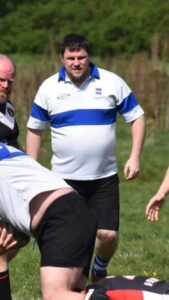 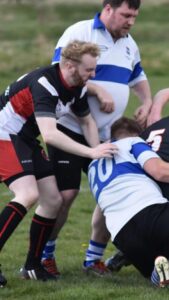 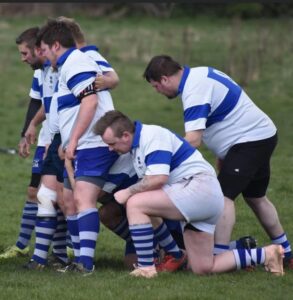 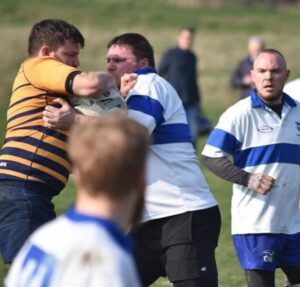 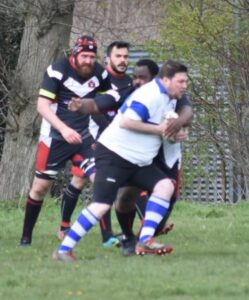 I dipped my toe into rugby when I was at Uni. I was in Northampton in the year they won the Heineken cup so rugby was a big thing in the town. After that my uncle convinced me to join Ashby where he was the 3rd team captain.

As a family we met a couple of the players (Steve Murray and Dave Owen) at the Erdington festival and the kids decided they wanted to have a go. After a couple of weeks coming along to training with the kids I decided I liked the ‘feel’ of the club and decided to see if my knee could handle playing or a few years.

Not really, I’ve never been superstitious about stuff like that.

Having such a long break and changing from a back to a forward makes it hard to pick a best memory so I’ll go with my best from ERFC which was scoring off the back of a scrum away at Spartans last year, about 4 of them got hands on me but couldn’t stop me. Around that time I felt I was really finding my feet back playing but the niggly injuries since have been frustrating.

I think there’s loads of potential in there but a few don’t have the confidence to really back themselves and demand the ball so they end up taking passes at a standstill or a jog. If we can get the backs hitting the line at pace more, I can see a lot of tries from them.